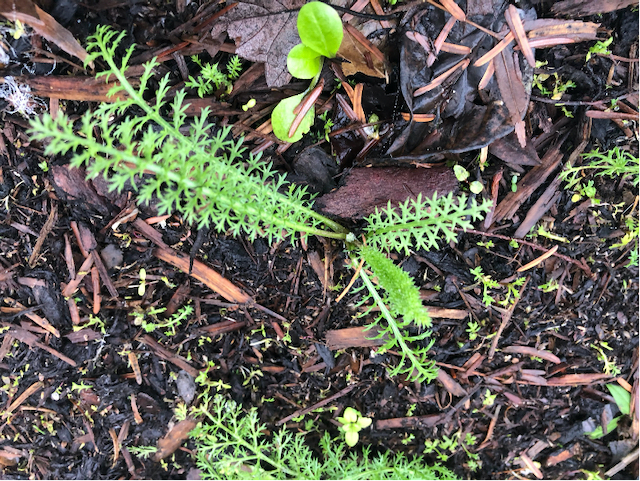 Get to know: Common Yarrow 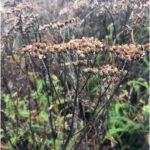 Common Yarrow (Achillea millefolium) is a common perennial herb known for its fragrant leaves and healing properties. This widespread plant is found throughout the Pacific Northwest and the Northern Hemisphere. Yarrow thrives at a variety of elevations, in both wet and dry climates. In Southern Oregon, you might see yarrow in open grasslands, forests, or maybe even in the corner of your lawn.

You might be familiar with yarrow’s summer appearance: a wide cluster of flowers rising from a base of green, feather-like leaves. In winter, yarrow looks quite different. The stalk and flowers dry out, turning a dark brown color. Small pockets of seeds are left where the flowers used to be. Often you’ll still see the green, feathery leaves along the base of the plant, ready to grow again come spring.

Yarrow has been used medicinally for millennia. Leaves were commonly crushed and used as an astringent for wounds (to stop bleeding). Dried yarrow was made into a tea and used to cure digestive, respiratory ailments. The plant is also well loved by pollinating insects and a variety of wildlife!