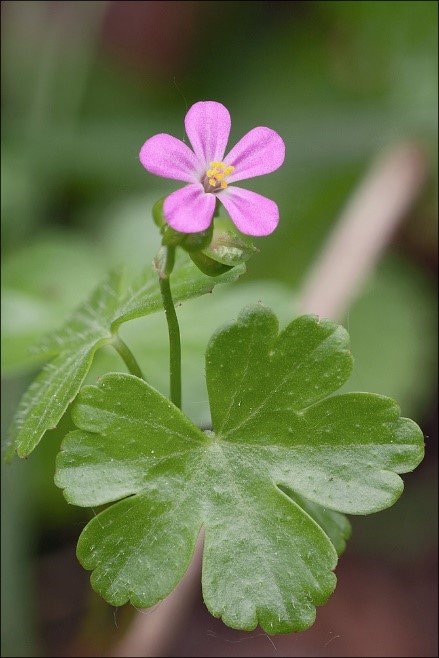 Shiny geranium (Geranium lucidum) is an annual weed native to Eurasia. This species is a recent invader in Oregon with a strong foothold in the Willamette Valley. Shiny geranium was first documented in the Rogue Basin in the mid 2010’s and populations have since expanded along the Rogue River corridor (from Gold Beach to Galice) and through Forest Creek north of Highway 238. Additional undocumented infestations may be present in Jackson and Josephine counties—habitats likely to harbor this species include disturbed sites (lawns, gardens, pastures, and roadways), riparian corridors, oak woodlands, and forest edges and openings.

Relative to similar species, shiny geranium can by identified by its 5- to 7-lobed waxy or shiny leaves (sometimes sparsely hairy), flowers with 5 pink petals, keeled sepals with transverse ridges, and stems that become more red in color as leaves senesce.

Shiny geranium begins to sprout in the fall. By springtime, plants will start to form dense patches. Flowers are visible in May and seeds mature by late June to July. Each plant can produce hundreds of seeds that are easily transported by livestock, pets, wildlife, people, or in other plant materials.

Shiny geranium can be difficult to remove by hand. Seeds remain viable in the soil for two or more years, and plants can resprout if not completed removed. Smothering infestations with mulch can reduce densities, and herbicides such as glyphosate can be applied in the fall. Some land managers have controlled shiny geranium populations through a combination of tilling, spraying, and re-seeding with native species.

Have you seen this species in the Rogue Basin? If so, please report your sighting to the Oregon Invasive Species Hotline, or visit the Oregon Department of Agriculture’s Weed Program website to contact your local Cooperative Weed Management Area partners. 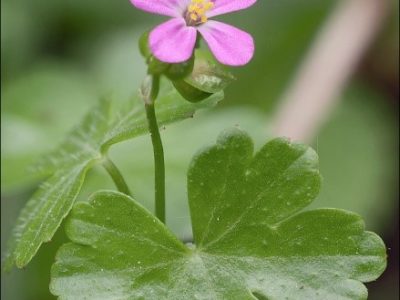 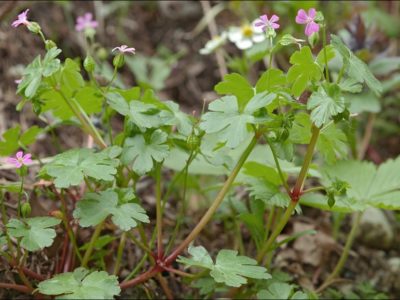 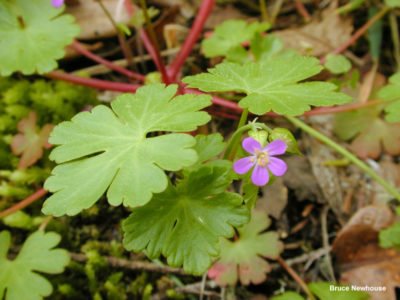