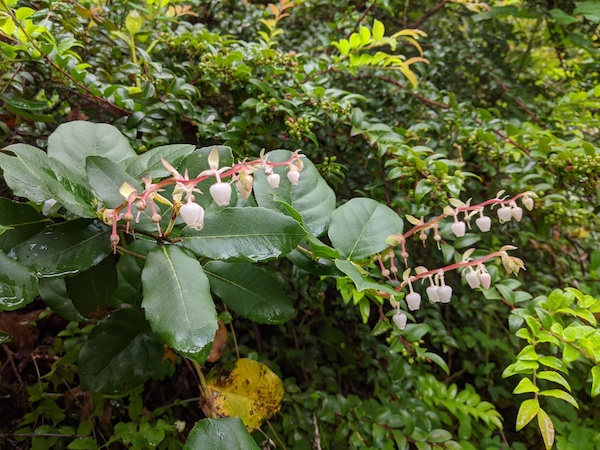 Get to know: Salal 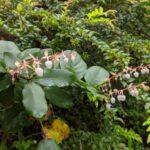 Native Plant of the Month: Salal

Salal (Gaultheria shallon) is probably the most common shrub in second-growth coastal forests, where it enjoys the company of huckleberry and Doug fir, but it is not seen as often in the drier Rogue Basin. However, coming across Gaultheria in moist riparian zones in spring is a treat. Branches of leathery, evergreen leaves are tipped by a row of pink bell-shaped flowers. These flowers are valued by a range of animal pollinators. The foliage, meanwhile, is prized both by florists and grazing animals in winter.

Later in the summer, the dark blue-to-black berries will form. Yes, the berries (which are actually fleshy sepals) are edible, but more palatable to wildlife than to humans.

With a deep and wide root system, salal is one of the first shrubs to return after a wildfire, but it can take a while to get established under cultivation because it must build its root system first. Be patient, and salal will fill the shady understory of your garden or woodland with beauty.