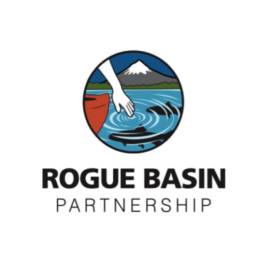 The RBP Board of Directors is pleased to announce that, as of July 1, Sara Mosser will be the new RBP Partnership Coordinator. Many of you will already know her. But for those who don’t: 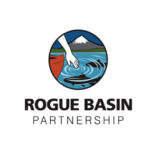 Sara grew up in San Diego, but knew she belonged among jade rivers and evergreen trees when she first visited Humboldt County, CA. After earning a B.S. in Biology from Humboldt State University, she continued north into the lush Pacific Northwest. In Bellingham, Sara worked for the Washington Conservation Corps restoring riparian zones for salmon habitat enhancement, collected spawner survey data, and assisted in water quality sampling and analysis on many of Whatcom County’s waterways. Seeing how a well-planned built environment could support and preserve the natural environment, she then journeyed to Madison, Wisconsin for a M.S. degree in Urban and Regional Planning. Sara and her family relocated to southern Oregon in 2016 to work in regional agriculture connecting producers to buyers, but soon found herself back in watershed management as the Outreach and Communications coordinator for Rogue Riverkeeper. Sara has always been a person that builds robust networks, both professionally and personally. She looks forward to creating strong relationships in the Rogue Basin Partnership and supporting projects that enhance the region’s unique natural environment.